Political science is not only the study of government but also of public policies. As such, it includes both the practice of and philosophies behind the entire political system. If this field sounds incredibly interesting to you, there are a few political science jobs to consider as these rise to the top of the list.

Have you ever had a change that you wanted to see so badly that you took some type of action to try to push it along—such as reaching out to your local governmental representative? If you answered yes, then you have performed the same function of a lobbyist. Oftentimes, organizations hire lobbyists to sway a politician’s decisions with the hopes that the legal leader will vote in the organization’s favor.

Political scientists often spend their days studying political systems. They might look at how a particular system started, try to identify what has caused it to change through time, or develop a greater understanding of how it operates today. Some political scientists are tasked with looking into political trends or seek to learn more about how a certain policy might impact specific populations. If you like to research and analyze, this may be the perfect political science job for you.

Some organizations hire public opinion analysts to not only gain a clearer idea of how a specific population feels about a certain issue or topic, but also to educate that population in an attempt to swing their beliefs a certain way. The hope is that this will lead the group of individuals to take action to influence that issue or topic, preferably by supporting the solutions offered by the organization.

No politician gets elected into office without a dedicated staff of people who work tirelessly to share that politician’s message in a way that secures more votes. A campaign manager helps develop the strategies that have the greatest likelihood of winning over a majority of the voting population. This political science job also involves organizing the rest of the staff needed to achieve a win. Campaign managers can work with those who want to lead local communities all the way up to the president.

Maybe your interest lies more in securing fair benefits and practices for the workforce than in political policy and procedure. In this case, you may want to take your bachelor’s in political science and become a labor relations specialist. This specialist plays a critical role in the development, interpretation, and management of labor contracts that exist between unions and the companies that employ their members.

Just as sports have commentators, so too does politics. A political commentator is someone who uses their expertise in both politics and political behavior to offer a group of viewers or listeners insight on a specific issue or event. As a commentator, you can work on television or radio. This is a good role for someone who enjoys sharing their knowledge in a way that is easy to understand.

Another political science job that involves education is that of government teacher. Educators in this position teach students how the government was formed and how it works today. They also discuss current events and the impact they may have for years to come. Teachers with a bachelor’s in political science can also teach high school students a variety of topics beyond government, some of which include social studies, history, and economics.

Still Need Your Degree to Pursue Political Science Jobs Such as These?

If one of these jobs is of interest to you but you don’t yet have your degree, Saint Leo University offers a Bachelor of Arts (BA) in political science. This 120-credit hour degree program provides foundational education on how the government works, Constitutional law, international relations, and more.

When earning your bachelor’s degree in political science from Saint Leo, you will take courses such as:

Contact our Office of Admissions to learn more or for help deciding if this is the right career path for you. Our knowledgeable and compassionate staff is here to answer any questions you may have about this or any other program offered by Saint Leo, enabling you to reach all of your career-related goals. 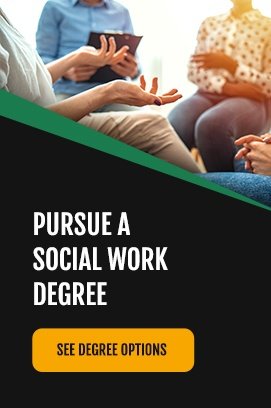 Career Outlook: Top 9 Careers with a Master’s in Computer Science

What Can You Do with a Doctor of Education? 7 Career Tracks to Ponder

7 of the Best Ecology Careers to Consider