What's So Special About Today? Are You Starting An Online Degree?

Remember back to the days when the first day of school meant new shoes, a fresh box of crayons, and the excitement of reconnecting with friends you hadn’t seen all summer?

Elementary school or college, there’s something powerful about that first day. It’s a fresh start. A clean slate. An opportunity to re-invent yourself.

For all of the Saint Leo students who are enrolled through the Center for Online Learning, today is the first day of the Summer I term.

A warm welcome back to all returning students!

And if today is the day you take your first step toward pursuing an online degree – because you are beginning your first online class – then a very special welcome!

Just for the fun of it, here are some things that happened on this day in history.

Have a great Summer I term!

April 29 – This Day in History

2013 – First day of the Summer I term for Saint Leo University online students.

2004 – The National World War II Memorial opens in Washington, D.C. providing long overdue recognition for the 16 million U.S. men and women who served in the war.

1998 – Brazil announces a plan to protect an area of Amazon forest that is the size of Colorado.

1997 – The first joint U.S.-Russian space walk is made by astronaut Jerry Linenger and cosmonaut Vasily Tsibliyev from the space station Mir.

1996 – “Rent” opens at the Nederlander Theatre in New York City.

1990 – Wrecking cranes begin to tear down the Berlin Wall at the Brandenburg Gate.

1985 – Billy Martin is brought back for the fourth time as manager for the New York Yankees after team owner George Steinbrenner fired Yogi Berra 16 games into the season.

1983 – Harold Washington is sworn in as Chicago’s first black mayor.

1975 – In the closing hours of the Vietnam War, the last U.S. troops are evacuated from Saigon.

1968 – The musical “Hair” opens on Broadway at the Biltmore Theater for 1,750 performances.

1959 – UNIVAC, the electronic computer the size of a house, picks four of six winners at Churchill Downs race track in Louisville, Kentucky. The electronic brain set a record for having the right choices in horse races, but the winners all paid 2-1 or even odds, so there were no fortunes to be made.

1952 – IBM President Thomas J. Watson informs his company’s stockholders that IBM is building “the most advanced, most flexible high-speed computer in the world” – the IBM 701 Electronic Data Processing Machine.

1945 – The Germany Army in Italy surrenders unconditionally to the Allies; Nazi concentration camp, Dachau, is liberated

1941 – The Boston Bees agree to change the team’s name to the Braves.

1930 – The first telephone connection between England and Australia goes into service.

1927 – Construction of the Spirit of St. Louis is completed. Charles Lindbergh uses the plane to become the first person to fly solo, non-stop across the Atlantic. The plane cost $10,580.

1899 – The most prolific composer of the 20th century, bandleader, and recording artist Edward Kennedy “Duke” Ellington is born.

1879 – In Cleveland, Ohio, electric arc lights are used for the first time.

1862 – New Orleans falls to Union forces during the Civil War.

1861 – The Maryland House of Delegates votes against seceding from the Union.

1852 – The first edition of Peter Roget’s Thesaurus is published.

1429 – Joan of Arc leads French forces to victory over Britain at Orleans.

Who is starting their very first online class today? How do you feel about it?

The One Thing Every Successful Online Student Knows 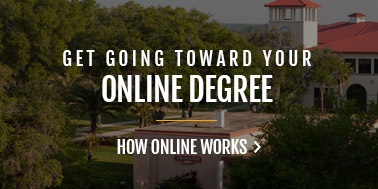