Should you earn a double major or a major and a minor? Learn how these two academic tracks are similar and different and which is best for your needs.

One of the biggest decisions you can make when earning your college degree is what your major will be. This academic choice determines the courses you’ll take, as well as the area or field that you will specialize in. Some Saint Leo University students also declare a minor with their major while others choose to double major. These two options have some similarities but also a few differences.

Some students decide to major and minor in complementary subject areas. For example, you might major in psychology and minor in sociology or major in marketing and minor in graphic design.

Others minor in subjects that have no relationship to their career field of choice, yet it’s an area that they have an interest in or are passionate about. An example of this would be majoring in business and minoring in music.

As its name suggests, a double major means that you have declared two majors or, if after graduation, that you have more advanced knowledge in two main areas of study.

Oftentimes, these majors are related and, in some cases, even offered by the same department. Examples of a double major could include economics and business, psychology and education, or English and philosophy.

Similarities Between a Double Major and Major/Minor

One way in which a double major and major/minor are similar is that both give you a broader education. In each option, you receive instruction in two areas or subjects. This information can then be used to enhance your career path or simply to satisfy your desire to learn more about a particular field or subject.

If your goal is to show future employers that you have more advanced knowledge in certain areas, you can also do this with a double major or a major/minor. Both of these options signify that you have received a higher level of education in that specific area.

There are also a few differences between a double major and a singular major and a minor. Understanding how they vary can help you decide which is best for you.

Since a major involves more comprehensive learning of a subject than a minor, choosing to double major may mean more time spent in school. This isn’t an absolute as careful planning can allow you to complete a double major in the same amount of time as a major and minor. However, this doesn’t allow much room for any deviations, such as if you decide to change one of the majors.

Conversely, if you decide to opt for a minor instead, this can easily be completed within a typical four-year time span. Since a minor doesn’t require as many courses as a major, these courses can be used to fill elective or open spots in your curriculum, for instance.

This brings about another difference between double majors and a combined major and minor. Because majors require that you complete more courses, there is less leeway in your academic schedule to choose other classes of interest. Yet, if you choose a minor, you have more room to take a few electives that have nothing to do with your field of study but you’d love to learn more about.

Some studies have found that pursuing a double major may increase your earning potential. For example, one piece of research noted that individuals with a double major in two STEM fields (STEM stands for science, technology, engineering, and mathematics) tended to have higher earnings than those with only one STEM major.

Another potential benefit of doing a double major over a major and minor is that it can give you more career options. You can pursue positions in either subject area whereas, if you only have a minor in the second area, this won’t necessarily increase your career options.

Not Sure Which Is Right for You?

If you are unsure whether it would be best to double major or to declare a minor instead, Saint Leo University is here to help. Our student advisors are available to discuss which option may be best based on your specific career goals. They can even help you select your courses and keep you on track with your education so you have everything you need to graduate within your desired timeframe. Contact us today to start this discussion toward enhancing your future. 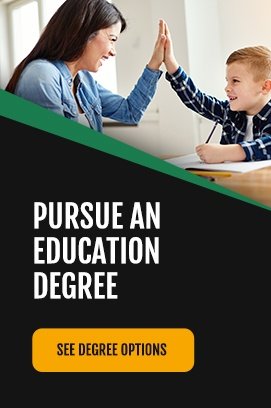