Finding Success Outside His Comfort Zone

Atlanta police officer and U.S. Navy veteran uses military education benefits to pursue an online computer information systems degree and prepare for the next step in his career.

“Jump in with both feet, and charge full speed ahead.”

That’s what Branden Hart suggests to veterans (and really, anyone) thinking about pursuing an online degree while working full time.

And it’s more than just sage advice. It’s how Branden, himself, lives each day.

Beginning his career with military service

Growing up in a large public housing project outside Atlanta, Georgia, Branden always knew that one day he wanted to be a police officer to help others and bring justice to victims. But at the time in his life when he was ready to get started, he wasn’t yet old enough to join the force.

So he enlisted in the U.S. Navy as an E-1 Seaman Recruit instead. 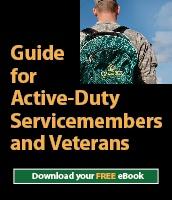 “I figured it would be a spectacular way to do something for my country, meet new people, travel to exotic places, and receive education benefits in the process,” he says.

During his four years with the Navy, Branden worked his way to E-5, Petty Officer 2nd class. He specialized in torpedoes and their launching systems, as well as sonar operations. Stationed out of Pascagoula, Mississippi, Jacksonville, Florida, and Norfolk, Virginia, Branden served aboard the USS Stephen W. Groves, a missile-guided frigate. His unit conducted counter-narcotic deployments in the Atlantic and Pacific Oceans.

“Suspected vessels were stopped, boarded, investigated, and subject to maritime laws if offenses were found to have been committed. Often, we detained the vessel's passengers, kept them onboard, and transferred them to that country's designated law enforcement.”

Branden earned multiple medals and honors during his military career: the Navy and Marine Achievement Medal, the Humanitarian Medal, the Pistol Marksman Ribbon, the National Defense Medal, a Good Conduct Medal, in addition to the Global War on Terrorism Medal for serving in an operational assignment after Sept. 11, 2001.

When Branden was honorably discharged from military service, he returned to the Atlanta area where he immediately joined the Atlanta Police Department. For the past eight years, he has been fulfilling his childhood goal serving as a police officer.

“When I first joined the force, I answered 911 calls and conducted street-level investigations for three years,” he says. “Now, I maintain the database of patrol and investigations vehicles and ensure proper maintenance and repairs are carried out in a timely manner. I also handle and transport confidential and sensitive documents pertaining to criminal and internal investigations.”

Branden says the discipline he gained in the Navy made his transition to the police force effortless. Now he enjoys contributing to a smooth and efficient operational department that sets the standards for policing in Georgia.

Preparing for the next step

Police work is not all Branden is doing. He’s also working toward his bachelor’s degree in computer information systems online at Saint Leo after finishing his associate degree in business administration earlier this year.

Branden is using the Post/9-11 G.I. Bill to support his education, and says the process to use those benefits has been extremely easy thanks to people like Marlene Tillman, who works as one of Saint Leo’s VA school certifying officials (SCO).

“I’ve always been interested in software applications and network security measures, and I’d like to pursue a career in programming or computer security after I leave law enforcement.”

Branden has enjoyed classes in programming logic and design and Java programming, courses that support his interest in application development. He says he selected Saint Leo because online reviews were excellent, and his co-workers in the Navy and police force who had attended the university were pleased with the curriculum and professors.

For Branden, Saint Leo has lived up to its reputation. “The professors are understanding and effective in delivering instructions and responding to students, and the amount of information, knowledge and skills I’ve gained since being a student since 2013 is really impressive.”

Branden admits he had concerns initially about handling demanding coursework and the rigors of online learning while working and maintaining an “awesome” marriage to his wife of 11 years, Jaime (pictured above).

“She’s number one in my world, and she motivates me to excel in my professional, scholarly, and personal life,” he says.

But with more than a little gumption, he has made it work.

“I take a deep exhale, suck my stomach in, and tighten the belt. It takes a lot of work, but the results are beyond satisfying.”