What’s it like to work in corrections? Saint Leo criminal justice professor explains why corrections is a meaningful career path.

So as entertaining as all those classic films about prisons and prison life are – from “The Birdman of Alcatraz” to “Shankshaw Redemption” – they’re probably not the best resource for learning about the corrections field or the significance of a career in corrections.

A webinar conducted by Saint Leo Associate Professor of Criminal Justice Dr. Angela Manos-Sittnick, on the other hand, is an excellent resource.

Dr. Manos-Sittnick is a retired U.S. Army colonel who has worked extensively with federal and military prison systems and conducted research of the recidivism rates of prisoners. She teaches courses for both Saint Leo's on-ground and online criminal justice degree programs and also serves as one of the faculty mentors for the university’s online Criminal Justice Association.

Here are some of the highlights from the webinar, which Dr. Manos-Sittnick presented to students in the association. It’s valuable information for any student in an online criminal justice degree program who is thinking about a career in corrections. (To view the presentation in its entirety, click here.)

Dr. Manos-Sittnick explains that corrections is the largest part of the criminal justice system that the public depends on every day.

According to the U.S. Bureau of Justice Statistics, while the correctional population has declined by an annual average of 1.0 percent since 2007, the most current numbers indicate that adult correctional systems supervise more than 6.8 million offenders. About 1 in 36 adults, or 2.8 percent of U.S. adults, is under some form of correctional supervision, which is the lowest rate since 1996.

Of those under some form of supervision, approximately 24 percent are in federal prisons and local jails, and the remainder is supervised in the community on probation or parole.

“More and more people are beginning to understand the importance of corrections officers,” says Dr. Manos-Sittnick. “Their involvement and mentorship can help make a difference especially in the lives of first-time offenders and young people,” she says.

Getting started in corrections

According to Dr. Manos-Sittnick, the corrections field comprises three core disciplines. Each has a unique function within the criminal justice system and each requires professionals with specific knowledge, skills and abilities.

Specific responsibilities can include supervising inmates, managing intake and release of inmates, determining work release eligibility, transporting inmates to court and outside appointments, and assisting inmates with employment opportunities and re-entry issues. 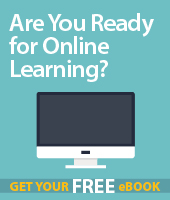 Prisons and institutions
Operated by either states or the federal government through the Federal Bureau of Prisons, prisons house inmates serving more than a one-year sentence. Prison populations and types vary across the country, by state and jurisdiction, and some states contract prison operations to private companies.

Since there is an emphasis on educating and rehabilitating prison inmates as much as possible, there are ample opportunities for a wide variety of positions in prisons – from law enforcement, administrative, security and support staff jobs to educators who help teach life skills and high school or college courses that prepare inmates for successful reintegration into society.

Community corrections
Community corrections involves working with ex-offenders after they have served their sentences to help them reintegrate into the community and become independent and contributing members of society. It may include monitoring defendants and others still under supervision and ensuring they have access to programs and services that will discourage future law-breaking behavior.

“It may mean working with employers to hire people so that they can get to work and become productive almost immediately,” says Dr. Manos-Sittnick.

Community corrections may also include programs that offer alternatives to confinement during pretrial services, diversion, probation, parole, and community-based residential programs such as day reporting centers and halfway houses.

Pros and cons of corrections careers

Each area – jails and detention, prisons and institutions or community corrections – offers the option of working with either juvenile or adult populations, and according to Dr. Manos-Sittnick, professionals often move from one discipline to another. 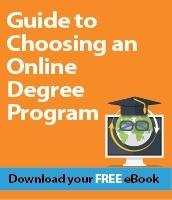 While annual incomes vary by location and specific job responsibilities, the Bureau of Labor Statistics’ Occupational Outlook Handbook indicates that median pay for correctional officers and bailiffs in 2015 was $40,530. For probation officers and correctional treatment specialists, median pay was $49,360, and for counselors, social workers and other community and social service specialists it as $42,030.

Clearly, working in a correctional institution is both stressful and dangerous, and correctional officers have one of the highest rates of injuries and illnesses resulting from confrontations with inmates.

Over the last decade, however, Dr. Manos-Sittnick says that emphasis with both adult offenders and juvenile delinquents has shifted to a focus on changing behavior through the use of evidence-based practices. This includes probation and parole officers, as well, adopting an attitude and practice of assisting former convicts in becoming productive citizens.

“Whether you’re interested in working within institutional correctional facilities or the community corrections arena, there are a variety of ways you can contribute to your community within this dynamic and exciting field,” she says.

“Corrections offers a meaningful career with the opportunity to serve your community, keep citizens safe, and truly change people’s lives.”

AA vs. AS Degree: Similarities and Differences