“One stays in nursing to not only become a better nurse, but to become a better person.” – Dr. Wendy Nesheim, a Saint Leo University emergency and disaster management instructor on pursuing a nursing career and the rewarding nature of working in this field, in recognition of National Nurses Week

I never wanted to be a nurse. I know, I know. Just hear me out, and I’ll tell you when that changed.

A Brief History of Nursing

Nursing came about even before the Middle Ages when nuns and monks cared for the sick. Eventually, varying types of hospitals formed and the caregivers in Europe came primarily from Catholic orders of “nursing sisters.”

During the French Revolution, however, those nursing orders were closed even though the demand remained, and created what I think was the first of many nursing shortages to date.

The oldest nursing degree program came about in the late 1800s. That was just about the time when a salaried nurse got a raise of 5 cents a day only after she worked six days a week for five years. After World War II, nursing in the United States boomed due to the need to make a difference.

A Turning of the Tide

Nurses were women, and all but a few doctors were men. That dynamic created what I think was the first social contract between doctors and nurses: Physicians were dominant healers, and nurses were the unquestioning rule-followers. A lot of this thinking remained when I entered the field, and I wasn’t a bit happy about it.

As the years progressed, nursing progressed too. Here are just a few of the changes I’ve seen:

But slowly, things began to change, and I experienced orthopedics and neurology, nursing supervision, staff education, infection control, emergency care, clinical trials research, and even international trips to care for patients and teach. Each experience offered more and more understanding of illness and injury as well as a chance to practice evidence-based care. Those required classes, dense textbooks, and long hours of preparing for clinical days actually paid off. Go figure, right?!

Benefits of Pursuing a Nursing Career

Why should anyone go into nursing? The most common answer is “because you can always get a job.” The underlying reasons, however, are more important. One goes into nursing because of the prospect of continual growth and learning in a field filled with versatility and dynamism—but one stays in nursing to not only become a better nurse, but to become a better person.

My mother was a nurse, and the hospital stories she told were scary, funny, and heartbreaking, but they were enough to pique my interest. Those stories, combined with a series of painful medical tests I had when I was an injured 10-year-old, led me to pull back the curtain to see what else happened in the medical world. The frightened 10-year-old girl was curious, but the older me decided on nursing to see what I could do to ease the pain or soothe the fear of people who were injured or ill.

A few years ago, I made a “soft landing” in emergency and disaster management as the lead of a disaster medical team, and I remain so to this day. None of this would have happened had I not been a nurse.

So my feeling of nursing has changed as dramatically as the responsibilities we seek out and willingly accept. And for that I appreciate nurses not just during National Nurses Week, but I also appreciate nurses across the world on every shift, in every specialty, at every bedside, during every day of the year. Thank you!

Dr. Wendy Nesheim is a registered nurse who teaches in the MS in emergency and disaster management degree program at Saint Leo University. Nesheim is the team commander of a disaster medical assistance team known as GA-3 DMAT based out of Georgia. She and her team members have been deployed to disasters all over the world to aid in emergency medical response efforts. To recognize National Nurses Week, she was kind enough to share her perspective on the history of nursing and her personal journey into a nursing career. 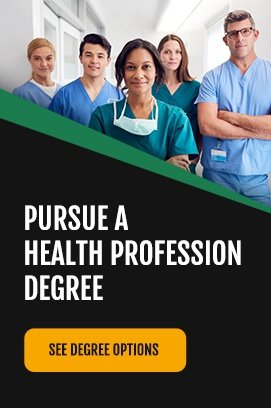