Among Catholics nationally, the favorable opinion of the pope remains high at 84.2 percent, nearly the same as 85.9 percent in February’s poll.

In the week before polling took place, a new documentary by filmmaker Wim Wenders, Pope Francis – A Man of His Word,

premiered in the United States. The making of the documentary also was featured on the TV news program 60 Minutes on May 13.

TV viewers also may have seen CNN’s six-part documentary series on the history of the papacy, Pope: The Most Powerful Man in History. “In addition to drawing attention to the papacy in general, whenever the episodes mentioned Pope Francis they always did so positively,” said Dr. Marc Pugliese, associate professor of religion and theology at Saint Leo University, possibly contributing to a favorable opinion of the pope.

Results of the Saint Leo University Polling Institute’s survey on Pope Francis were featured on June 20 on the Crux magazine website.

percent and went down to 71.1 percent from 76.3 percent for Democrats. This is interesting, given the pope’s reputation for being liberal/progressive.”

Some news media reports painted Pope Francis as altering traditional, conservative Church teachings, but those were

exaggerated or erroneous, Pugliese said. He noted a story in an Italian newspaper reported Pope Francis denying the existence of hell, however, the Vatican said this was not true, and it was contrary to statements the pope had made in public. Another instance that drew viral social media attention was a video of Pope Francis comforting a grieving young boy who wanted to know the fate of his late father, an atheist. The pope reassured him that his father was a good man as seen by how he had his four children baptized, and gave the boy hope that his father may be in heaven, Pugliese said.

While that may seem to portray Pope Francis as progressive, it rather affirms he is traditional. “The Catholic Church has repeatedly affirmed that those who follow their conscience and lead good lives, even if they are atheists, can go to heaven,” Pugliese said.

Pope Francis on the issues of the day
The Saint Leo poll also examines how the pope’s dealing with certain matters is viewed including human rights, marriage and family, and sexual abuse by priests. Ratings for the pope regarding issues he has focused on over time remain consistent with previous Saint Leo polls:

Regarding marriage and family issues, in his call to holiness in today’s world, Gaudete et Exsultate—released in April—Pope Francis stressed how holiness is not something reserved for saints, clergy, and those with religious vocations, but rather something that all are called to, Pugliese said. “He spoke of ‘the holiness present in the patience of God’s people: in those parents who raise their children with immense love, in those men and women who work hard to support their families . . . Very often it is a holiness found in our next-door neighbors, those who, living in our midst, reflect God’s presence.’”

On one of the more controversial topics—the pope’s handling of cases of sexual abuse involving Catholic clergy—his approval rating went up since polls in February 2018 (40.5 percent) and November 2017 (40.6 percent). The May poll shows a 44.3 percent approval rating.

“The recent events with the Church in Chile probably have something to do with this,” Pugliese said of the uptick in the pope’s approval on this issue. “The Chilean Church has been at the center of attention on the clerical sex abuse scandals. Pope Francis conducted a three-day summit in Rome with Chilean bishops, and in a historic act on May 18, all of the bishops of Chile submitted their resignations.”

Pope Francis acknowledged he made mistakes in handling sex abuse charges in Chile, and accepted the resignations of three of the bishops including Bishop Juan Barros, who had covered up abuse by a priest, Pugliese said.

About the Poll
The poll sampled opinions of 1,000 adults approximately proportional to state population nationwide. The survey was conducted May 25 through May 31, 2018. All surveys were conducted using an online survey instrument. The poll has a +/- 3.0 percent margin of error at a 95 percent confidence level (on a composite basis). 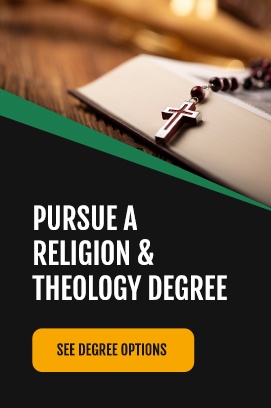 Saint Leo University Community Joins in Baccalaureate Mass to Celebrate Class of 2022, Give Thanks