Cue it Up: Top 6 Movies for English Majors

What are the best movies for English majors? Check out this list for six films to add to your cue.

Typically, when majoring in English, you spend a lot of time reading and discussing written literature. However, there is no rule that says that you can’t enjoy a good movie or two from time to time if you decide to pursue this particular college degree program. In fact, there are a few movies that tend to be incredibly appealing to English majors. Here are six to consider:

Undoubtedly, one of the reasons this film is so gripping is because the lead character—teacher John Keating—is played by Robin Williams. In Dead Poets Society, Keating teaches his students that it’s okay to question the norm and find your own truths in life. He does this by encouraging the students to create a secret society in which the boys use poetry to explore how they think about themselves, their families, their relationships, and life in general. Some of their revelations will make you laugh; others will make you cry. This movie is an emotional roller coaster ride, to say the least, but it is definitely one worth taking.

You can’t talk about literature without talking about Shakespeare. With Shakespeare in Love, you get a visual look at the man behind some of the greatest writings the world has ever seen. Okay, it may not be entirely factual, but many of the film’s characters are based on real figures of that time. The focus of this film is on Shakespeare’s quest to find a muse that inspires him to write. A love affair begins with this muse but is faced with many hurdles…like the fact that Shakespeare has a wife and his muse has already been promised to marry someone else. At a minimum, watching this film may give you ideas about how to find your own muse. If it does, then it is time well spent.

One of the best things you can do as a writer (and reader) is to understand how your thoughts and beliefs influence your communication. This movie is all about breaking down your prejudices, which sometimes involves letting go of your pride, to pursue the things in life that make you happy. In this case, it involves a man who falls for a woman who isn’t in his economic class. We won’t give away the ending and reveal whether they decide to get together or go their separate ways, but we’re positive that watching it will help you uncover some of your prejudices, hopefully in a way that helps you overcome them.

If your goal is to teach English, The History Boys is a must-see. This movie takes place in Britain in the 1980s and involves a group of intelligent, yet unruly, young men who the school’s Headmaster wants to see earn spots in some of the best colleges around, like Oxford and Cambridge. To help with this, he decides to bring in a highly creative teacher, Mr. Irwin, who pushes the boys to their intellectual limits in somewhat unconventional ways. Does he succeed in getting the boys into these higher institutions of learning? You’ll have to watch the movie to find out.

As an English major, you know that earning this degree involves reading a lot of books. Upon finishing each one, you must usually discuss it as a class to talk about its meaning and how it applies to the world today. That’s exactly what this movie is about. In this case, six Californians form a book club to talk about Jane Austen’s books. What they don’t initially realize is the parallels their lives hold to some of Austen’s characters. This is a must-see for anyone who likes a good mixture of English, comedy, and romance.

The main character in this film is Allen Ginsberg (Daniel Radcliffe). Like you, he is also an English major. Based in the early ‘40s, Kill Your Darlings is about Ginsberg’s journey of exploration as he searches out literary ideas that aren’t quite in line with those of Columbia University, the school he attends. His path is somewhat outside the box, especially for that time as it involves using drugs and alcohol while coming up with newer concepts. But if you like films that force you to think for yourself, this is one to consider. 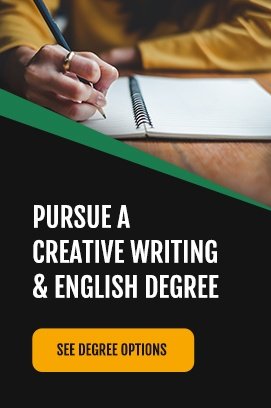