Next Up in Your Netflix Queue: 5 Movies for Cybersecurity Majors

Cybersecurity has become one of the hottest fields today with an ever-increasing amount of computer-based hacking and other forms of online threats throughout the world. In turn, higher education has taken notice, and there are many cybersecurity degree programs now being offered to train the professionals who must fill this demand. This includes Saint Leo University’s associate’s, bachelor’s, and master’s degree programs in cybersecurity.

To help give a little more context to cybersecurity, students majoring in this curriculum may want to add the following related movies to their Netflix queues.

We all know how ingrained in our lives some online platforms are, including Google, Facebook, and Amazon. However, it’s a fact that many users are still completely unaware of why these services are considered “free” and what they actually do with the data they collect on each individual user.

Somewhat ahead of its time in 2013, this documentary explores the hot-button issue of online privacy, specifically examining how both private corporate entities and public government agencies collect and utilize information about users’ phone and online activities.

While this flick was filmed in the early 1980s before computers had become more mainstream to the general public, it offers an inside look at an early yet creative way of hacking.

Starring Matthew Broderick, his character is able to hack into a school computer and change his grades in high school. However, he then accesses a military supercomputer and inadvertently sets off what becomes a nuclear threat exercise.

This thought-provoking, documentary-style film interviews a number of highly experienced professionals in the cybersecurity realm who offer fantastic insight and provide more historical perspectives on cyberthreats and attacks. It delves into four major cyberattacks that have occurred over time and everything that went into them and how they were ultimately halted.

Perhaps one of the most significant aspects of this film is that it pays proper attention to those who have played a role in putting an end to some of the most sophisticated cybersecurity issues. These individuals are often overlooked, but they are given the respect they deserve in this documentary.

In this classic late ‘90s thriller, a member of the National Security Agency (NSA) is portrayed as a villain. He and his team use various technologies in a government conspiracy plot that involves a number of twists and turns.

As the fourth installment of this movie franchise, Live Free or Die Hard serves up a very accurate and intriguing portrayal of how negative the concept of hacking can actually be. A hacker (John McClain) and his sidekick (Justin Long) are in search of cyberterrorist criminals who are threatening to take control of the energy grid.

The concept of widespread cyberattacks on critical aspects of the infrastructure in our society is a cornerstone of this movie, including what it would be like for attacks to take place on street lights, surveillance systems, and other important elements of a safe and free society.

Overall, each of these movies – and a number of others – can offer a little more insight into the world of cybersecurity. While there is certainly fiction at play in some flicks, viewers can still get a good grasp on how complex it can be to pull off a security breach – and the critical work involved for those who must come up with preventative measures. 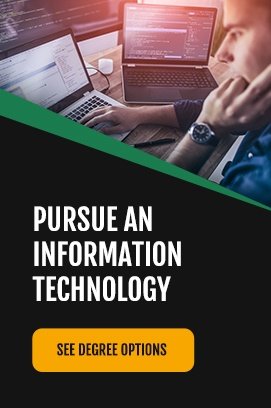