Meet Brandon, Corey, and Dana Mumaw, all of whom are entrepreneurs and Saint Leo alumni with bright futures ahead in their own unique career interests.

Brandon, Corey, and Dana Mumaw are each on their own unique journeys in life. However, there are several common threads among them aside from having the same last name. They all have green and gold in their blood, each having graduated from Saint Leo University over the past six years. They are all entrepreneurs in the footwear space, and they can say that their experience at Saint Leo has empowered them in their lives in so many ways.

Like his younger siblings, Brandon is a native of Wesley Chapel, FL. The 28-year-old now resides in Buffalo, NY with his wife, Lauren, and their eight-month-old daughter, Emmaline.

Brandon and his two siblings all graduated from Wesley Chapel High School. He is a 2011 alumnus. He explains how he first learned of Saint Leo University and the possibility of going there for college.

“I knew about Saint Leo growing up,” he says. “In middle school, they hosted a basketball tournament and needed people to help out, so I was a ball boy. Plus, one of my friends lived at Lake Jovita, and I knew the college was really close to that neighborhood.”

He later played high school baseball and got some interest from Russ McNickle, the Saint Leo head baseball coach at the time.

“He attended some of my games and wanted me to come to Saint Leo,” Brandon recalls. “I took a tour of the campus and weighed all of my options. At the end of the day, it was the best fit for me to go there.”

Landing on the BA in Sport Business Degree Program

His decision to choose the BA in sport business degree program was an easy one when he learned about the university’s strong relationships with local sports franchises and organizations.

“I really liked how they had good connections with the Tampa Bay Buccaneers, Tampa Bay Lightning, and Tampa Bay Rays. I got to work on some projects with some top organizations in the field, and it helped me get my foot in the door and get some good experience to put on my resume.”

He began the sport business program in the fall of 2011. He also had minors in marketing and sport sales and marketing.

He is proud to speak about the helpful guidance he received from his instructors in the sport business degree program.

“I very much enjoyed my classes,” he says. “Dr. Susan Foster really stood out to me. She was my advisor for four years and helped me create a roadmap to put me in the most successful position. She also helped me find internship opportunities both while I was a student and even after graduation.”

Another current sport business faculty member, Phil Hatlem, also made a positive impression on him.

“I enjoyed his classes, personality, and the wealth of experience he brought to the classroom,” he says. “With all of my professors, I appreciated their professionalism.”

He wrapped up the degree in the summer of 2015.

Brandon played baseball as a pitcher for the Saint Leo Lions all four years. He then went on to earn a master’s in higher education administration at the University at Buffalo where he played baseball for his fifth and final year of eligibility.

“Our coaching staff at Saint Leo did a great job of recruiting players from all over. We had lots of guys from the northeast and several from Aruba and other countries. Plus, there were local guys I competed against in high school. We had a lot of classes together which was nice. It was a great group of guys.”

Community was the most impactful core value for him while a student.

“We always made it a point to volunteer and give back to Saint Leo and the surrounding community. We did this a lot with our baseball team. We helped with food drives and cleaning up certain areas around town.”

Recommending Saint Leo to Others

While a Saint Leo student and even since graduating, he has shared his positive experience with others.

“I’ve recommended the school to many high school seniors. I always tell others about the small class sizes and that it’s a much more personal experience. You won’t be 1 of 300 students taking a class in a huge lecture hall. You’ll get one-on-one attention. Your professors will even schedule office hours with you just to check in and make sure you are doing well in your program.”

He was the first of his siblings to explore entrepreneurship.

“My siblings and I found a niche market in which we could sell new and used shoes online for a profit,” he explains. “It started small, but now we’ve sold over 1,000 pairs of shoes between the three of us. It has provided us with some great experience on how to run a business.”

Brandon can say that his sport business degree from Saint Leo University has paid off. For the past three years, he has worked with the athletic department at the University at Buffalo.

“I work as a coordinator of partnership services. There are three of us who handle corporate sponsorships. We make connections with businesses both locally and nationally to sponsor our athletic teams.”

Corey, 24, now resides in Lakewood Ranch, FL. A 2015 alumnus of Wesley Chapel High, he earned his Associate of Arts degree from Pasco-Hernando State College in 2017 where he played baseball. His brother, Brandon, had an impact on his decision to transfer to Saint Leo for his bachelor’s degree.

“I was able to hear about the school from him and how much he liked it,” Corey says. I thought it would be nice to stay local as well.”

In the fall of 2018, he enrolled in the new BA in medical humanities degree program. He chose the pre-med track in this major.

“Being involved in baseball, I had my fair share of injuries,” he explains. “When I went to different doctors, some experiences were good and some were not so good. I don’t want others to go through the same things I’ve been through. I want to bring more compassion to the medical field, and the best way I thought I could do this is to become a doctor myself.”

According to Corey, several instructors in the medical humanities degree program were memorable to him.

“Dr. [Allyson] Marino was really helpful to me in many ways. She guided me and was a big help during my senior year.”

Drs. Sergiy Borysov and Christopher Miller also stood out to him.

“I had my fair share of enjoyable experiences in each class in the program. I was able to learn and take away so much from all of my professors.”

He can claim a piece of history at Saint Leo. Upon graduating in the spring of 2020, he became the first alumnus of the medical humanities degree program.

Life on the Diamond

Like his older brother, Corey also played for the Saint Leo Lions baseball team during

his time as a student.

“I was an infielder most of my baseball career,” he says. “At Saint Leo, they had me play as a designated hitter a lot too.”

He has fond memories of his experience on the team and learned some valuable life lessons.

“It was one of the most impactful experiences of my life. It helped shape me into who I am today because of the discipline baseball teaches you with how to prepare for any situation and how to be successful.”

Why He Recommends Saint Leo University to Others

He has several reasons for referring others to Saint Leo University for their higher education.

“Someone I know recently asked me for some advice about choosing a college. I suggested Saint Leo because you have smaller classes and you get a lot more out of your classes compared to a large university. Everyone there is so helpful and tries to make your experience as a student as great as it can be. It’s a nice place to make friends as well.”

Working Toward a Career in Osteopathic Medicine

Corey also runs his own shoe business called Sunshine Steals. He says he has used it as a way to pay for college and his future plans to attend medical school.

His goal is to pursue osteopathic medicine and to get involved in medical humanities.

“I want to find ways to improve the doctor-patient relationship so that there is more compassion. I think osteopathic medicine has a lot of similarities to the concepts behind medical humanities because it’s a whole-body, holistic approach to treatment.”

This summer, he will embark on the master’s in medical science program at Lake Erie College of Osteopathic Medicine in Bradenton, FL. He hopes to start medical school in the fall of 2022.

Dana, the youngest of the Mumaw siblings, lives in Wesley Chapel. The 21-year-old is a 2017 alumna of Wesley Chapel High. Like her brother, Corey, she earned an AA degree from Pasco-Hernando State College in 2019 where she also played softball. She explains her decision to transfer to Saint Leo University for a bachelor’s degree.

“I always knew it was a great school with my brothers both having gone there,” Dana says.

She had been thinking about pursuing occupational therapy as a career. So, she was searching online for degree programs related to this field and knew that her brother, Corey, had enrolled in the medical humanities program.

“I read an article about the medical humanities degree program. I did more research on the two possible tracks and thought it sounded interesting.”

She enrolled in the program and chose the Health and Humanities track in the fall of 2019.

She says Dr. Marino had a major influence on her academic career.

“Dr. Marino was great,” she confides. “She helped me my entire two years at Saint Leo figuring out my schedule. I also had her for a few classes and did my senior seminar with her.”

Her senior seminar paper focused on the way ageism in the U.S. has contributed to issues in elder care during the COVID-19 pandemic. She even tied in the Saint Leo core value of respect to this project.

“Respect was a big theme in my project because I wrote a lot about the vulnerability of elderly patients in nursing homes. I think senior citizens are underrepresented and undervalued in our society.”

“It’s mostly new shoes that I resell online,” she explains. “I will buy them from Nike, Foot Locker, and other outlets and then resell them. I’ve learned all kinds of business strategies, everything from online marketing to how to provide good customer service.”

And what’s next for Dana? Her goal is to enroll in a graduate degree program and go for a career in occupational therapy.

The Products of Highly Accomplished Parents

The Mumaw children come from parents who are quite distinguished in their own careers. For nearly four decades, their mother, Lenore, has worked for Pasco County Schools as an exceptional student education (ESE) teacher. She has spent the last 16 years at Thomas E. Weightman Middle School.

Their dad, Steve, has enjoyed a long career working in athletics and education. He spent five years as a Minor League Baseball pitcher and coached in the Tampa Bay Rays and San Francisco Giants organizations. He worked as an academic advisor and assistant baseball coach at Pasco-Hernando Community College as it was known then. He is currently a graduation enhancement resource teacher at Wesley Chapel High School and the head softball coach at Pasco-Hernando State College.

Photo credit: The photographs included in this blog article were provided by the Mumaw family and are used with permission. 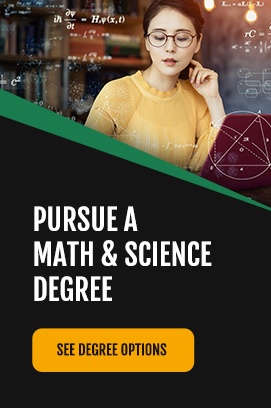