When I began to write seriously, I had an experience during a workshop where I turned in the first poem that really scared me...but in a good way. Although I had written something raw and unpolished, I was more honest than ever before. Now, I don’t think it was a great poem, but my professor said something to me that night I will never forget: “Write as though you are saving your own life.” This imperative has remained with me throughout the years, and I think
of it every time I embark on something new.

A little bit about me...

A Cincinnati native, I earned my BA from Denison University, my MFA from Florida State, and my PhD from University of Missouri. I am the author of two books of poetry—Brazen Creature (2016 Akron Poetry Prize Editor’s Choice, forthcoming, University of Akron Press) and Yell Hound Blues (Shipwreckt Books, 2013)—and co-author, with Avni Vyas, of the chapbook Candy in Our Brains (CutBank, 2014). My poems have appeared in journals such as Ecotone, Crazyhorse, and Copper Nickel, and my nonfiction is forthcoming in River Teeth. Teaching is my passion, as I have taught creative writing, literature, and composition to high school and college students in Florida, Georgia, Missouri, Ohio, and Tennessee.

I will encourage you to approach writing and literature with an open mind, a sense of humor, and cognizance that words hold power. Rather than asking how you can relate to what we read, I will instead frame the question as, what can you learn

about the human experience? Having empathy for another’s struggles and attempting to understand someone else’s point of view will help you to become a better analytical reader, critical thinker, imaginative writer, and, ultimately, a more engaged citizen of the world.

In this course, we will ask tough questions. We will read more than we write. We will dig deep and create what may scare us...but in a good way. We will lean on each other and be thoughtful and kind. And we will refuse to believe the myth that each writer walks alone.

Originally from Ohio, I have now spent over ten years down south, five years of which were in Lafayette, Louisiana where I cultivated a love of gumbo and an unhealthy fear of the Ragin’ Cajun mascot, Cayenne, a giant anthropomorphic hot pepper.  Saturdays in the fall, my mind migrates north where it lives and dies with Ohio State football.  I play guitar (badly), listen to Springsteen (too much), and share a name with a distant cousin who played soccer for Manchester United in the 60s, though none of that football prowess has rubbed off on me (yet).  My fiction, nonfiction and poetry have appeared in places like North American Review, The Collagist, McSweeney’s Quarterly Concern, Conjunctions, The St. Petersburg Times, Tarpaulin Sky, Ninth Letter, Cimarron Review, New Orleans Review  and other journals.  I recently co-created the online journal Lightning Key Review.

Ideally, I approach teaching my graduate classes like I approached taking graduate classes myself: like I was Icarus with a parachute.  For my students, my goal is to create a safe space of experimentation where they can push their craft and test new aesthetical theories on what makes stories fly and to see when the wax holding the feathers has burned away.  Since so much of the writing will be in workshops, it’s also important to recognize that space for what it is: imaginary, self-constructed, and temporary.  So many classic stories would never survive in that thin altitude.  To mix a metaphor, writing that first draft for workshop is akin to driving home your flagpole into Everest’s summit.  As a teacher, I want to high-five you for ascending that far.  But there’s no sense whooping it up for very long.  It’s cloudy and we’re starving for air.  It’s the climb back down that interests me most because that’s where we revise and give our stories life.  How does that happen though?

On What We’ll Do in My Class

Whenever someone asked Ernest Gaines how to be a writer, he always replied the same way: “Read. Read. Read. Write. Write. Write.” I used to think he was blowing people off: ask a stupid question, etc.  But now I see it was less advice than a challenge, something to live up to. To read, read, read, then is to be open-minded; to write, write, write then is to work hard, to refuse to settle for a mediocre draft.  As a student in my classes, that is exactly what you will do: read from a variety of works, and write as much as possible using that reading as a model or guide.  This is the habit of art, as Flannery O’Connor called it.  Once you have the habit down, the trick, of course, is knowing what techniques to look for when you’re reading and then to practice them so as to discover where your strengths are as a writer.  Ultimately this reading/being open and writing/working are the only ways to gain an understanding of your own fictional aesthetic no matter the genre you’re laboring in.  Fundamentally, writing is a subversive act and when we write, we are always working against something.  My last goal for you then is to figure out what that mystery thing is out there that you are working against, or as Chuck Yeager would say, to push back on the outside of that envelope.

So to sum up, I want you to do the following:

If you’re ready, grab a stick of Beeman’s and buckle up.

I have to preface most of this with the bit that got me to where I am today. I served in the United States Army, deploying to Iraq in 2006 as a wheel vehicle mechanic, machine gunner, and recovery specialist. As a wife to a fellow veteran and mother to twin boys (yes, twins) who were conceived in Iraq, I began writing my unique experiences down as a way to cope with PTSD (this is the not so fun part), but found that my writing ability along with my combat experience gave me a distinct voice within the war genre (my way of turning a frown upside down). Since obtaining my MFA from Sierra Nevada College, under the guidance of Brian Turner (obligatory reference to how awesome low-res programs are), I have refocused my writing, bringing perspective and insight into the involvement of female soldiers and their involvement in war or conflict. My work, though not as rad or as extensively long as my fellow colleagues (it's because I'm still a young' un), has been published in O Dark Thirty, War Literature and the Arts, Press 53's fiction war anthology Home of the Brave: Somewhere in the Sand, University of Nebraska Press and Potomac Books Anthology Red, White, and True, Prairie Schooner's Winter 2013 Literary Magazine, Incoming: A Veteran Writing Anthology, So Say We All, as well as an upcoming essay in Hudson Whitman Excelsior Press Anthology As Long As There Be War. I've been on NPR's Fresh Air, as well as KPBS literary series Incoming. My chapbook, Love in the Shape of a War Zone  was released in October 2013 by Green Rabbit Press. Currently, I am working on my memoir, Full Battle Rattle.

When I was in graduate school, no one ever told me that what the instructor was saying in the classroom was just as important as what the students were saying. So with that in mind, my graduate classes are more of a discussion rather than a one-sided conversation. Granted, the syllabus gives the class structure, but the structure in the class should be like a cardboard box, use enough imagination and creativity and it becomes a convertible Cadillac Fleetwood Eldorado cruising the I-15 from L.A. to Las Vegas with your best buddy Dr. Gonzo driving. What I'm trying to say, if I'm saying anything at all, is that writing, along with all of its creative elements, has infinite ways in which you can learn, and no one process is the end all be all way to learn how to be a writer. So with that in mind, writing workshops should be a place of exploring what it is to write, critiquing other writers with the understanding that figuring out what someone else might be doing wrong is a way to recognize that you might be doing it wrong and learn from it (Professors call that a teachable moment). No, not everyone is going to love your work, but that's ok.

Now for the interesting bit…What We'll Do in My Class

Learning to write creatively is like discovering a second voice we all have, but which some of us never discover. This type of writing clarifies our past, rips wide our world and astounds us with everything the language can do. Anyone who calls themselves a writer (and everyone is, in one way or another), should want to write in as many ways as possible. By writing, reading like a writer, and talking about writing, you have no choice but to become one. Now compound that writing necessity with the ability to give voice and perspective to war or conflict. Writing about war doesn’t have to be complicated, it doesn’t have to be one-sided, and you certainly don’t need to be a veteran to write about conflict and what it does to the human condition. This course will look at writing about war and conflict, explore the world of writing through guided exercises, and learn how to get past the imaginary blockade that we’ve placed in our minds concerning war or conflict writing. It’s time to lean in to the page in front of you, instead of leaning away. 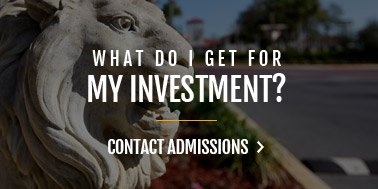